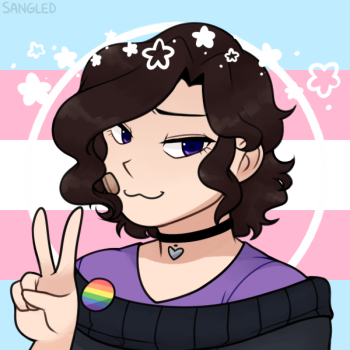 Powered by
Zola and Codinfox-Zola

One of the interests of the Moderation Team is to be more proactive in community health. In that spirit, we want to de-escalate and learn from problems before they become problems. I had that opportunity recently with what was viewed as an assumption of bad faith, and some pieces clicked together that I hope will prove useful to growth in the Rust community.

Assumptions of bad faith are when the point raised is shielded by a counter argument that cannot be addressed head-on. An example of this would be raising a complaint against a person, but refusing to let them defend themselves because they presumably will just lie. The target of the complaint can no longer defend themselves because of the assumption that any defense will be a lie.

I can't easily accept stagnation. It's a flaw at times, but here I hope I am utilising it as a strength. I didn't want to treat this situation as I may have in the past. I'm working on my growth, and I want Rust to grow as well. Social problems need social solutions, and social traumas need social recovery. I began looking at this as trauma, and why we might see bad faith power arguments in our community.

Once I started looking, it was quick to see why; poor management is taken as a virtual fact of life. Managers serve as an interface between their team and others expecting things from their team; in a toxic environment, they learn damaging means of doing so. With certain tact, phrasing that seems innocent can be used to dismiss, demean, and degrade, to abuse and manipulate. Managers with good intent will pick up the same behaviours without realising until it's too late. It's even the case that some patterns could be healthy, but were co-opted for workplace abuse long ago.

Trauma-informed Leadership[1,2] is still growing in popularity, yet has seen quite notable adoption, such as Discord's Community Moderation Team. Leaders have the tremendous ability and responsibility to enable and empower the people they lead, to bring the best out of them. TL is founded in the principle that empathy begets trust, and in trust as the foundation of leadership. It's about how to communicate, how to collaborate, and ensuring that leading is less about power and more about coordination. This creates the safety needed for people with trauma to be able to come forward as their best selves.

Many may wonder if trauma is that prevalent where this is practical as a general leadership style. I think the vast majority of us have trauma. Some is more systematic and socially invisible, other is awful but not recognised as trauma. We're still learning more and more about what trauma is and how it affects us, sociologically, psychologically, neurologically, and even physiologically. The key to being a professional support for someone with trauma is empathy, and everyone benefits from empathy. So I assert it's more practical to assume everyone has some trauma to be mindful of, even if I'm wrong and it's a minority, because what benefits those with trauma benefits everyone.

What I take away from this exploration is that we should proliferate new norms, ones that set humanity and empathy first. Be flexible for the sake of those that couldn't help but stiffen in their own defense. Be empathetic for those that have failed to have their feelings acknowledged. As a community, we share this burden: community supporting individuals, to support individuals, to support community. As we incorporate this, we can see how people lose faith, and maybe even help them restore it.